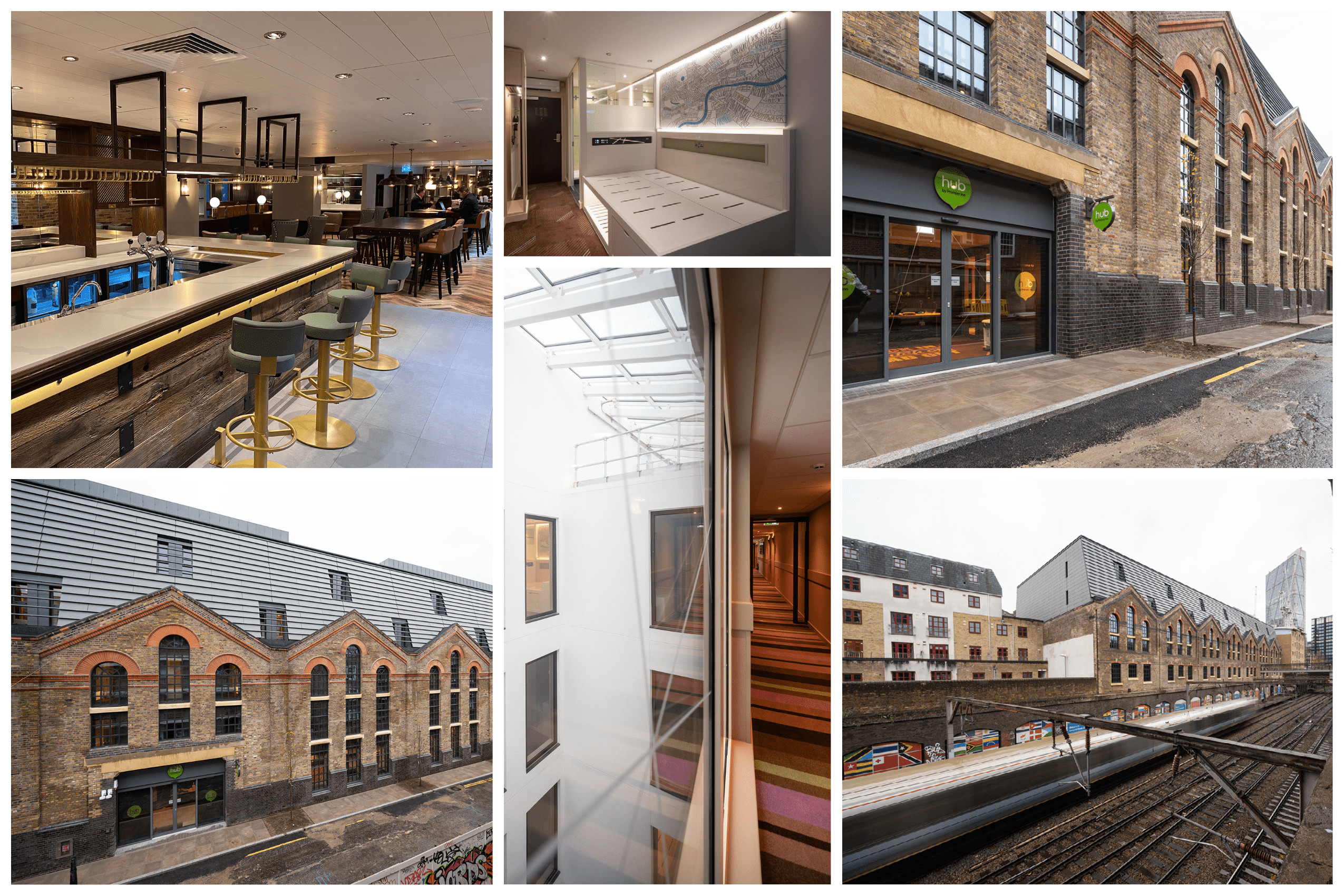 This was a project, which despite taking place against a backdrop of a global pandemic and almost unique operating challenges, has been described as 'career defining' by those involved.

This project, to deliver a 258-bedroom hub by Premier Inn hotel, faced many acute challenges across its timeframe not least the ever-present danger of causing delays on London’s busiest railway line due to the proximity of the site.

The team had to work under the strict instructions from Network Rail and one typical example of a complex issue that led to major changes to the sequencing of a number of tasks was the time allowed for the tower crane to be in place.

The timetable for the crane was set by Network Rail who gave a date in August for the crane’s removal instead of the planned for October. This wasn’t known until quite late in the project, due to changes in Network Rail’s availability, so plans needed re-adjusted promptly. Given it was much earlier in the process than planned for, the team had to innovate to allow removal whilst not losing momentum. There was no other permissible date from Network Rail for another year, so it was crucial the team worked in collaboration with everyone on site and especially Gilbert-Ash’s trusted supply chain make it happen.

Due the historical significance of the existing building as one of the first stables in London to have an elevated platform, extensive surveys were undertaken to help understand the extent of the repair work needed. This process took almost nine months.

A survey of every single brick along with every tile, arched brick, stone head and stone sill was taken of the original 1888 building with each element then graded against criteria such as structurally necessary, aesthetically pleasing or desirable.

The restoration work included sourcing authentic materials and where this was not possible new materials were made to look original. It took around three years in pre-construction to get to this point.

The complete building was scaffolded as the mortar had to be replaced on every brick to refresh it and make it structurally sound.

The main construction elements of the project involved the internal demolition of an existing building dating back to the late 1800s.

Whilst demolition of the internal floors, roof and below ground structures was taking place, all four elevations needed to be retained as part of the agreed scheme. The frame was RC on a raft foundation, separated acoustically with the existing structure. Lightweight steel infill to the upper floors which formed the façade. This had bespoke rainscreen panels and heritage windows. Internally, hub bedrooms, with an atrium and restaurant lounge area.

About the Conservation & Regeneration Award:

The conservation or rehabilitation of old or historic buildings and sites is often an important part of neighbourhood revitalisation, providing physical and psychological focus for the community and creating jobs and investment opportunities. Construction work that involves the conservation and regeneration of historic buildings requires great care and specialist skills and techniques.  More info.