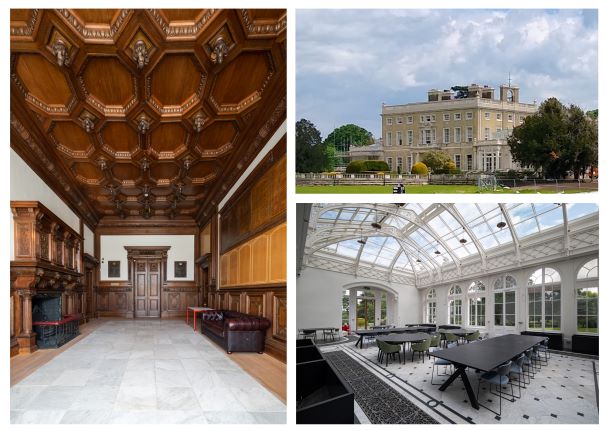 The 168-year-old City of London Freemen's School is set in 57 acres of Ashtead Park in the heart of Surrey.

The masterplan scheme included the renovation works to the Grade II listed Main House (including an energy centre), and a number of new buildings including junior school, dining hall and assembly hall as well as landscaping and car park works.

The £15million project was completed on time and in budget despite pressures of an ongoing global pandemic and challenges around the price and supply of materials.

The newly refurbished building provides contemporary sixth form facilities to complement the heritage of the iconic building within a variety of spaces such as the Harkness Rooms, quiet study areas, a formal library and project rooms.

To add to the challenges for the Gilbert-Ash team, the works on this historic building took place within the live school campus.

One of the main challenges was to carefully unpick previous phases of sensitive adjustments to the building, while proposing internal interventions that would raise the standard of the school’s academic provisions.

Due to the age and listed nature of the building and historic amendments, the City of London commissioned a range of surveys prior to work getting underway. This was a time-consuming process which took around 10 months to complete.

It was during these surveys and intrusive investigations that the true nature of the building began to reveal itself. The Gilbert-Ash team uncovered a number of hidden defects as well as dry and wet rot in some sections.

This was all very time-consuming but a very important part of the process as the survey helped Gilbert-Ash realise the extent of the repairs needed. It was then a case of working in collaboration with the City of London Corporation, the design team and client to methodically move through the repairs.

When something was unable to be repaired and restored the team took casts of it and had replicas created. They were able to remove some sections of plaster or cornicing in the ceilings and replace them.

In a letter to Gilbert-Ash, Freemen’s School Headmaster, Roland Martin said: “I have been fortunate to tour my Chairman of Governors and other Members around the completed project, as well as taking the Town Clerk around the building. The latter suggested that this was one of the finest restoration projects that he has seen. Having worked with Gilbert-Ash on two projects now, I could not speak more highly about the level of professionalism and care that has been taken on both, alongside very carefully managing the fit in with the rhythm of a very busy School.”

Find out who wins at the Constructing Excellence SECBE Awards 2022 Ceremony on Thurs 30th June 2022.